I think Battle Square has a potential, but at the moment i have no fun playing it.

1. I have no idea what is going on. Because there is no hero aids, but heroes have almost the same attack power as in other game modes, i have to keep looking at their current hp in healthbars, to quickly deploy the next hero in place of the dead. I can't look at the battlefield, my and enemy heroes at the same time. The DMG RED boost from one of the troops is too low to prevent heroes from insta-dying (5% at lv 1 for 5sec, 6% at lv 2 for 5.2 sec, so probably up to 20% at max lv for 8 sec). Which leads to the next point...
2. Why introducing troops? Their upgrades require crazy amounts of resources compared to their usefulness. And their main role in the battle is to help killing the heroes even faster... Towers upgrades are too costly as well, and each upgrade is countered by another upgrade, eg increase towers dmg red and increasing the dmg dealt to them by heroes.
3. Rewards. If i understand it correctly, once we reach a certain lv in Battle Square, we will stay there forever, even after season resets, so current rewards are probably the worst ones we would ever get. But seeing how high the rewards on the lower lvs are, i doubt the high tier rewards will be much better than current ones. For instance, gold chest lv 1 drops 15 hero and spirit shards, while gold chest lv 2 drops... 16 shards. Absolute joke. About the system and global rewards, i guess they would be shit for people beyond top 100, as it is in other features.
4. I don't like the gameplay. This is one of the reasons why i quitted Clash Royale, but Battle Square is even worse. To win you have to destroy a bastion, not have better developed heroes. So basically one of the ways to win is to cast a spell that stops rage and push one side. Then eventually repeat it with Wolf divine. Other way is to not deploy your TS till opponent has 5 heroes in one place, then use his divine and bam, you are 10 vs 1. And there are plenty of similiar strategies, tell me where is the fun in playing that way.

Giving suggestions is pointless, as i have never seen you introducing any of them, so i'll say what would help:
- Bring back Coliseum, to make the matches more interesting and decrease the numbers of draws nerf some heroes there, like you did with PG aids or TS divine.
- Decrease the attack power of heroes in Battle Square, or make the heroes harder to kill. You can let aids in, remove weapons or just boost/nerf heroes stats in BS.
- Let us see what's going on. You can reduce the number of heroes allowed in the battlefield, or make the heroes fighting visible, it's a game for phones after all
- Boost the rewards, at least remove those damn hero shards from chests and increase the amount of spirit shards there if you're not bringing Coliseum back
- Let us customize our buildings setup, maybe add some more free buildings with some unique abilities

I hate it.. roll back and put everything back into place

Just add an option on the chest for us to decide whether to delete the chest or choose to wait for the cooldown to open it if we think its worth. Same as in Lords Mobile game transmutation lab

I play BS on my Samsung S6 when i zoom out to see the complete BS the heroes become very very tiny this is bad you can not drop the heroe precise where you want to.

Also i get 5 chest in like 10 minutes then i have the wait depending on the chest for about 12 or more then 24 hours.

1-Claim buton is not working.
2-Earned medals continue to disapper after exiting the game 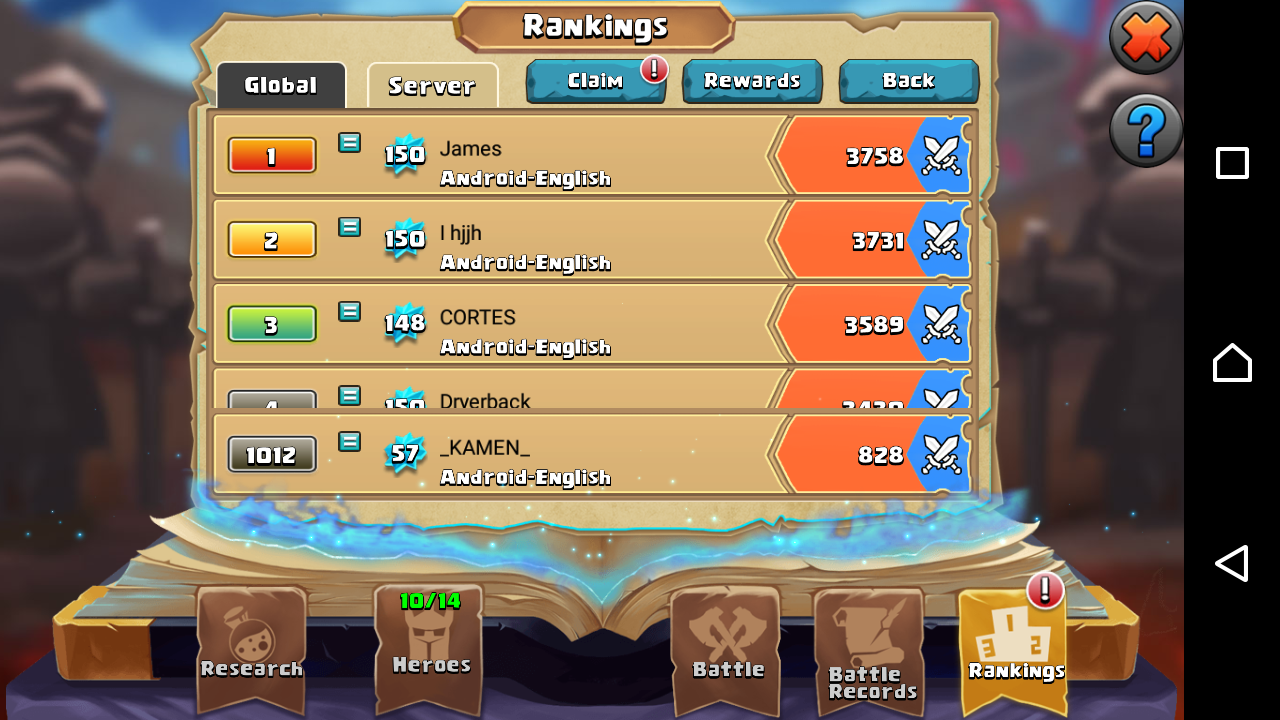 I do not like it, if i wanted to play Clash Royale  i would be playing that.

game mode is not fun, rewards are horrible. Collesium was much better.

the BS have a big bug that i can deploy my hero. it still say that "can't send two identical heroes" ??? 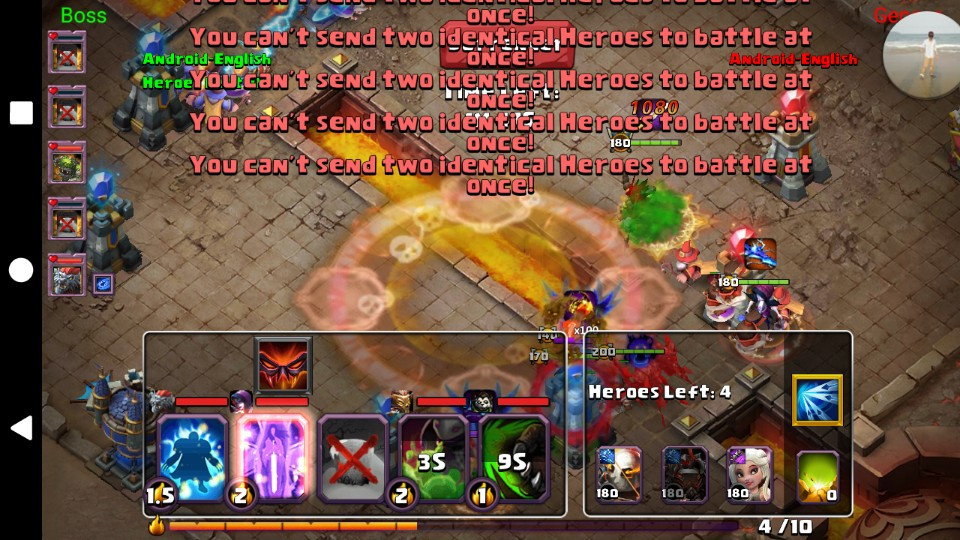 I like the new mode however the chests feels like a hindering factor atm, I would play Battle Square a lot more if the chests where not there, currently I feel like I can do 1 fight every 3 hours unless I get a "better chest" or I get the "3/3 participation chest" or the "30/30 killed heroes chest".

to be honest (and I know I "gain" more from the chests but) I don't like them cause they stop me from playing BS as much as I would like to and it mainly feels annoying atm,

either remove the chests completely or add more chest slots an shorten the time of the chest cause atm the chests only block the game mode and the stuff you get from teh chests are not worth spending jewels on.

That's my 2 cents on the matter
(I would however like to emphasize that, other than the unable to place heroes that have been converted by TS, I have nothing really to complain about in the battle mode, well it would be nice to be able to set weapons aso

When my heroes are placed, they are killed fast. Please add heroes' aid skill to Battle Square. Because a lot of people have more and more aid heroes.
Please allow me to delete chests on treasure slots.
Please allow me to  remove slients on my heroes.
I have stopped buying jewels because IGG removed Coliseum and added Battle Square. I have spent more resources in Coliseum, but IGG removed it.