The Coliseum is a new feature that allows players from different platforms (Android, iOS, Amazon and Windows Phone) and language versions battle with each other in real time.

During the event, the Coliseum will be accessible from an icon on the top right of your base. Tap on the icon to access the Coliseum interface. The Coliseum can also be accessed through the Hero Trials portal and the treasure chest icon (“Limited” tab). The Coliseum icon will be removed when the event ends.

The Coliseum uses a battlefield similar to the Hero Trials. A new building, the Shrine, will be introduced in the Coliseum. The Shrine's level is based on your level. The Shrine will be 10% of your current level (rounded down to the nearest whole number). The highest level for a Shrine is 15.

Shrine Skill: Attack the nearest enemy, dealing a small amount of damage in an area. 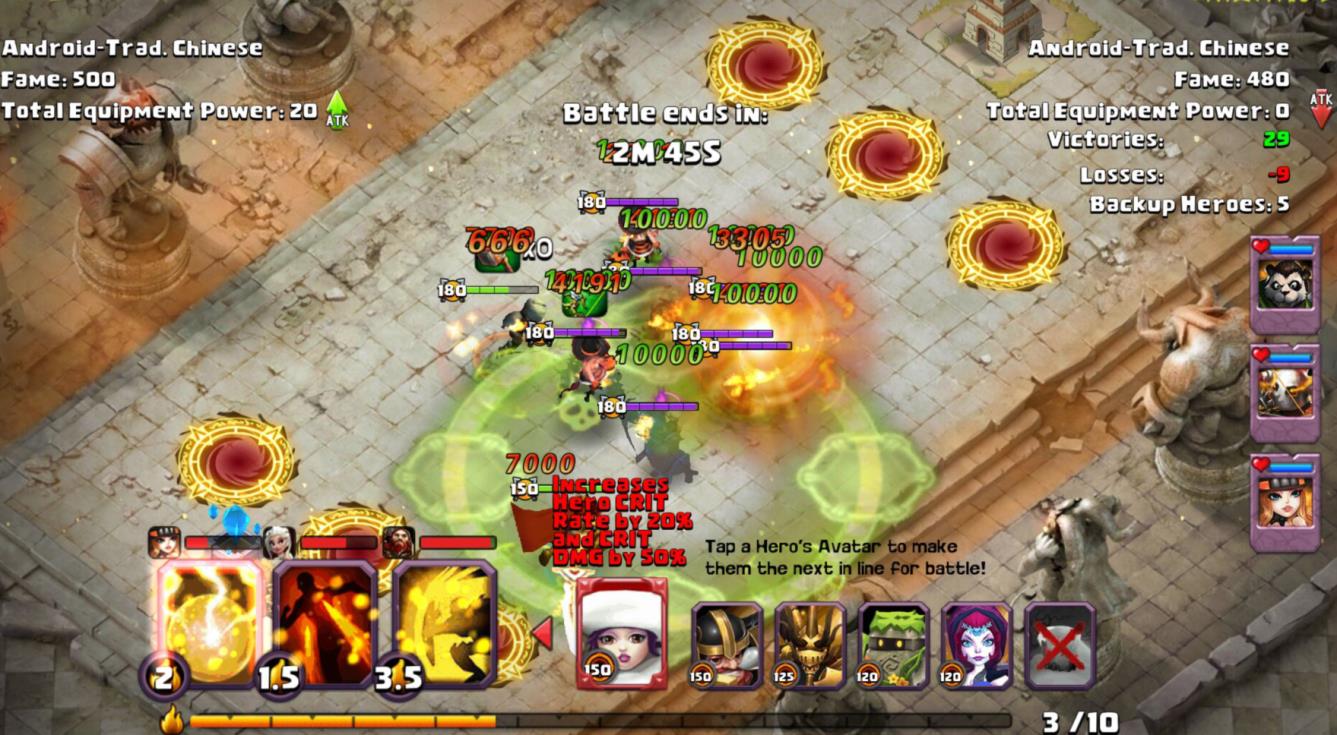 The Coliseum shares gameplay similar to Hero Trials but with specialized matchmaking:

A. Matchmaking
Tap on the “Find Battle” button to search for a suitable opponent. You can cancel the matchmaking before an opponent is found.
B. Enter Battle
Once an opponent has been found for you, the battle loading screen will appear and your battle will commence shortly. You’ll be randomly assigned to the Home or Away team. The Home team will be located at the bottom. The Away team will be located at the top.
C. Start Battle
The battle will commence shortly after the battle loading screen reaches 100%. Auto-battle is not available in the Coliseum. You’ll have to manually release your Heroes’ Skills and Team Skills. Using your Heroes’ Active Skill consumes Rage. Hero Skills, Team Skills, and Backup Heroes require one second to prepare before they can be released or deployed. In the event that the Active Skill was not successfully released, the consumed Rage will be returned to you.

The battle will last for three minutes. After two minutes have passed in the battle, Rage recovery rate will be doubled and healing effects will be halved for both players.


Win a Coliseum battle daily to get rewards. Accumulate Fame before the next update to win fabulous rewards from Coliseum Craze. The more Fame you earn, the better the rewards will be. 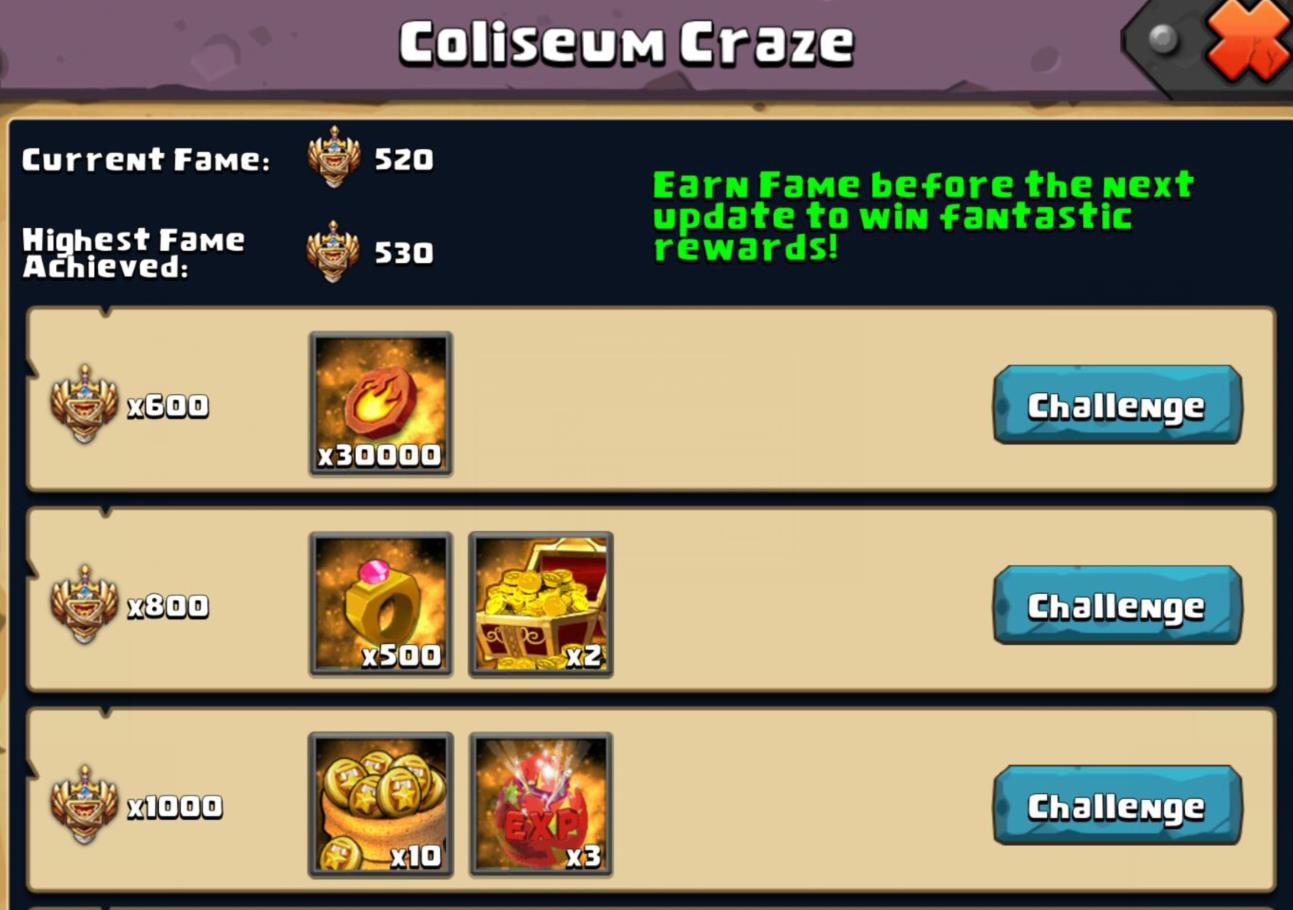 ya well, coliseum SUCKS.  out of 10 battles, 9 are draws.. theres not enough time on the timer, because everyone has enchant.berzerker aids which makes the hero unkillable in the short term..then you have a useless tower that takes even more time..the result...draw draw draw draw draw...waste my time much? this game is useless and i may just delete it completely... id sooner lease a new truck than what ive put into this POS..only if the dev team would actually test thtier junk...

Live Net TV is very useful for me. A very good application for watching movies and sports and news in my free time. it's better than television. I can watch whenever I free. I can choose any my favorite channels and whatever movies, programs, news i can choose what is in my mind.

Typhoon TV is an entertaining application for the two main mobile operating systems in the world; Android and iOS. It is compatible with Windows platforms as well. This app is or XVWH iginally developed to entertain you with high definition quality movies and TV shows.