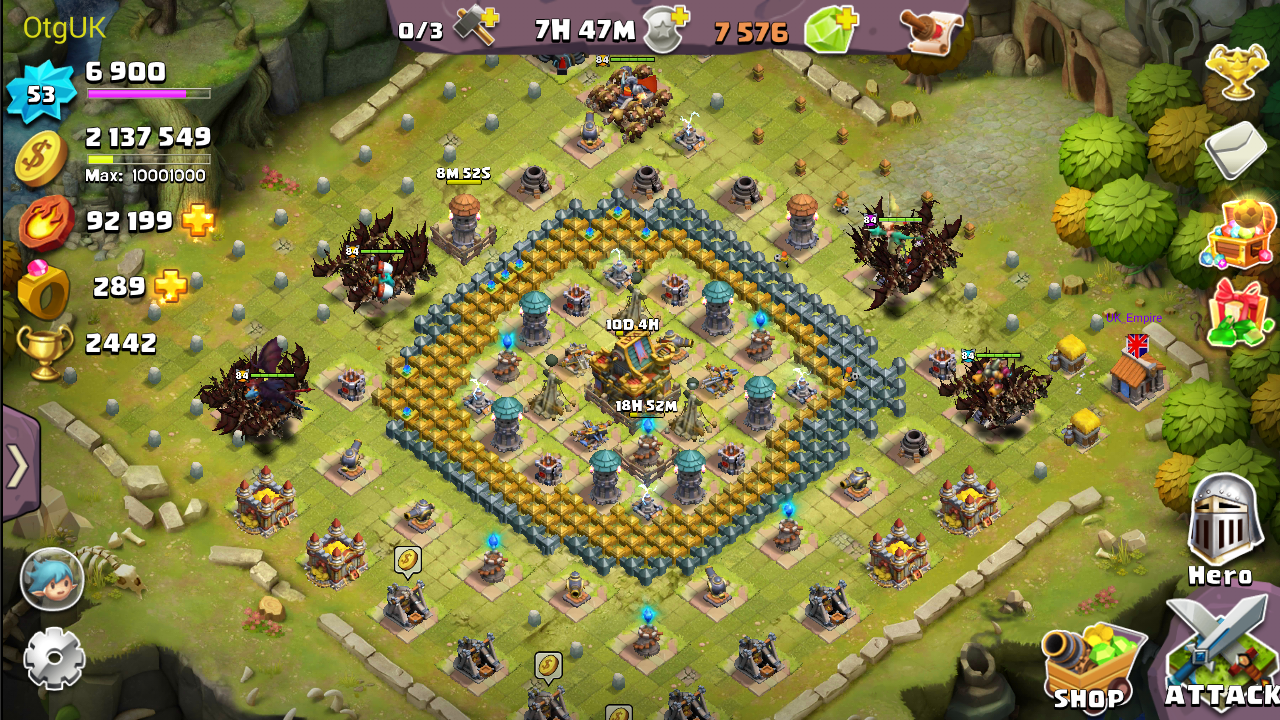 I’m taking it most people know how to level up their heroes fast, spend loads of money but if you have loads of time free you can level just as fast.

My choices of heroes are the airborne units, of which there are only four as of writing this. After two months of saving rings I had enough to buy Hydrasaur’s, by which point my heroes were at level 84.

So now I have the dream team together, what can I do with them? Pardon, yes fifth spot would goto PanGoli but sadly I don’t have the game changer hero. So am using SkullMage.

As in life you pray on the weakest players of the game, which means you will need to skip towns in raids until you find one that your heroes can destroy without dieing. Level 84 is a three minute cool down and with most towns destroyed in 40 sec you will be missing 3 raids. So stay alive. 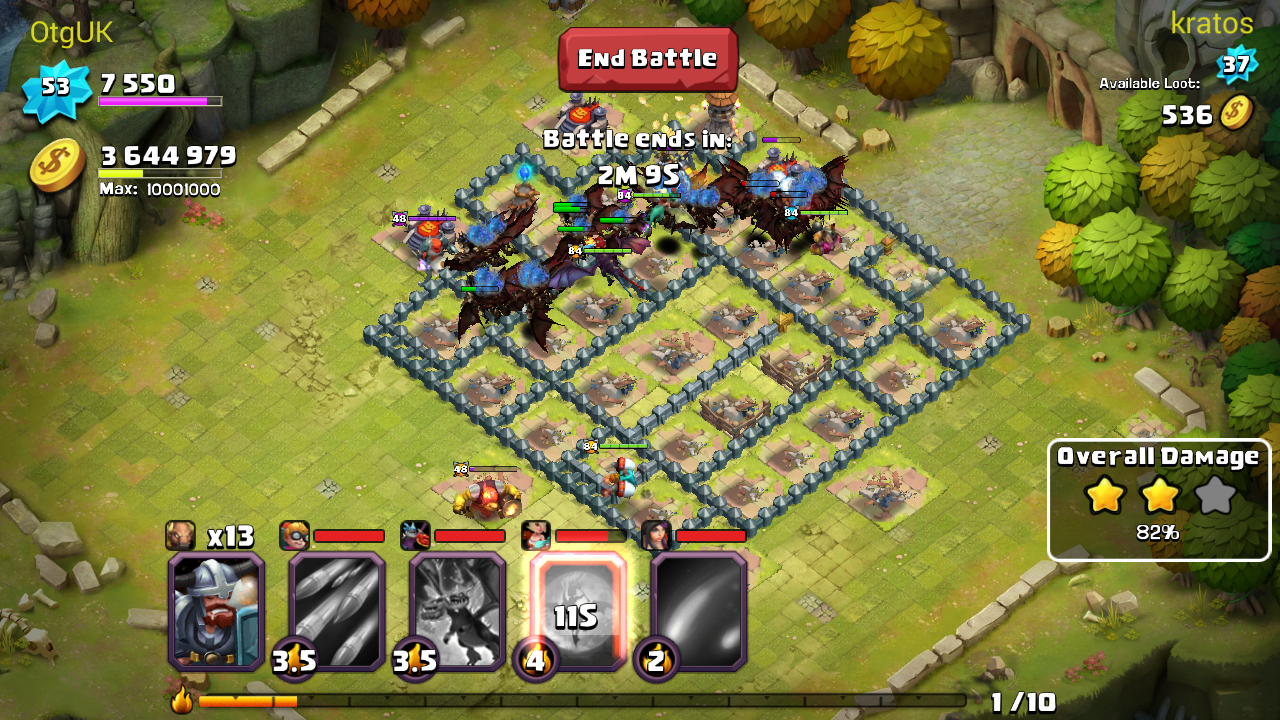 Any combination of the above.

The longer the run up the better the “rage” builds up. So take a long run if you can(start in a corner).

Deploy one unit, Air Elite, and then deploy others as & if heroes attack. When you reach the walls deploy others units (airborne). Keep them alive, heal and enjoy the three chests. 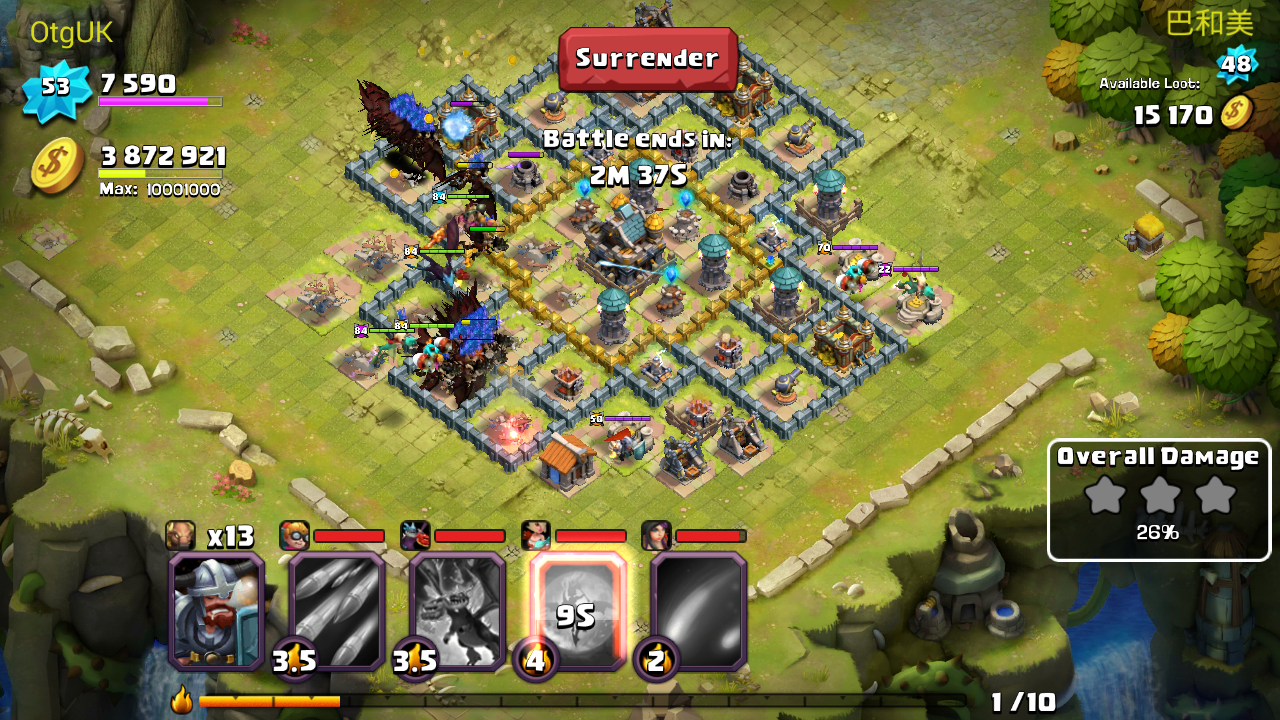 With ground units, as soon as you deploy them & they are in range of another unit it will be attacked. With airborne it works a little different. Some heroes (you can work out which ones yourself) let you fly up to them and kill them with out a fight. Nice right :lol.

Same idea as above but you’re not bothered about losing units, you want that one star at all costs. Look at all five towns before picking one. Go for one and hope for three stars.

The arena is set up IMO for ground units, they will just run under airborne and attack your base :curse:!! So it’s a matter of spending gold to get easy foes. Think smart in the arena. Skip PanGoli/Skull Mage.

Do your five raids for the rewards.

Do as many arena matches as possible.

Get as many trophy raids in as you can.

Remember in revange attacks you only need one star to win tropies back. (This is has now been changed, you need ALL the star to get your trophies back, not my fault your base was layed out WRONG giving me an easy star)

The big, big one for getting easy chests is DO your solo campaign. 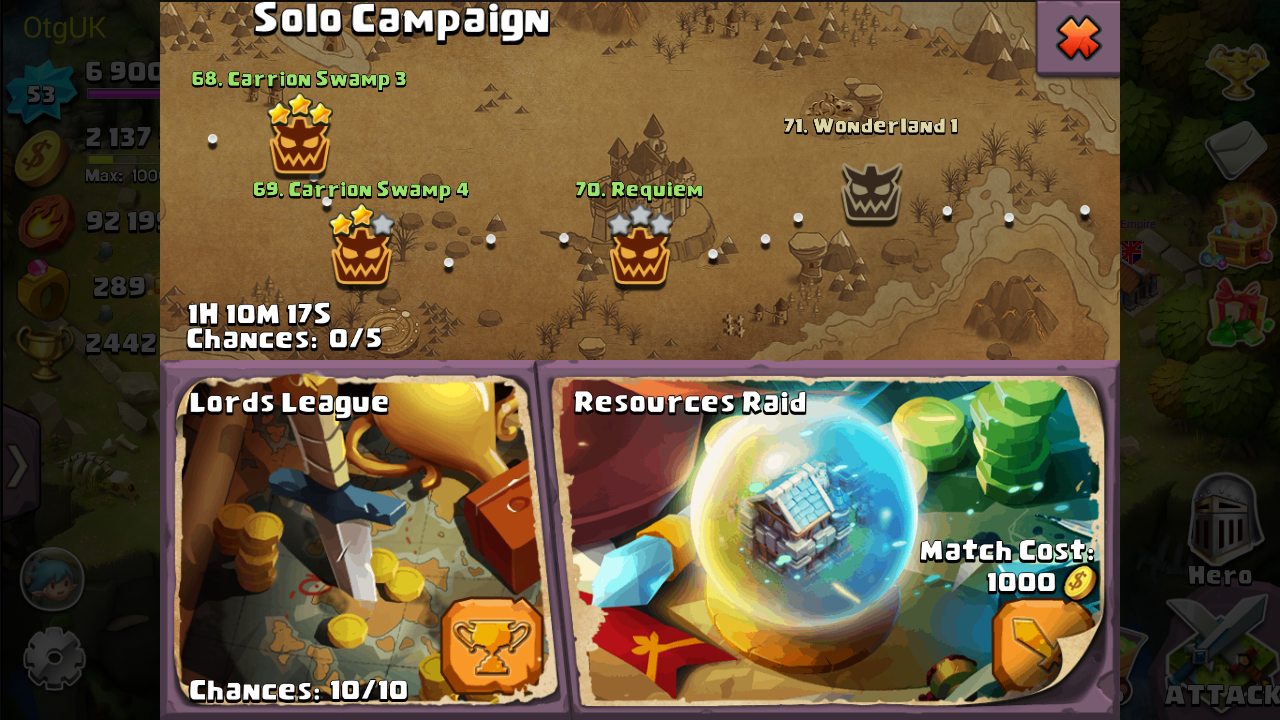 Five raids, plus more after 2 hours but I hear you say am stuck on lvl 100, go back to a level that’s easy. You only want the three chests anyway :-D

After all that, join my guild;

that is smart because dragon rider give power to Colossadrake right 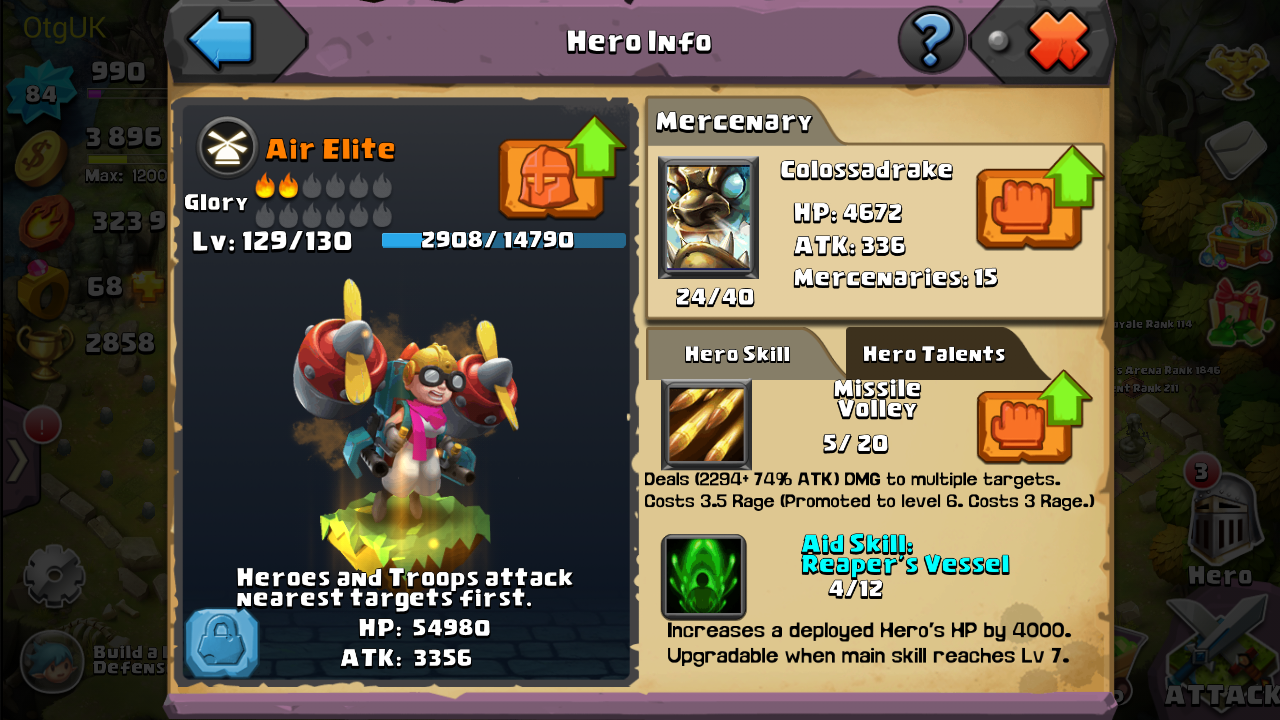 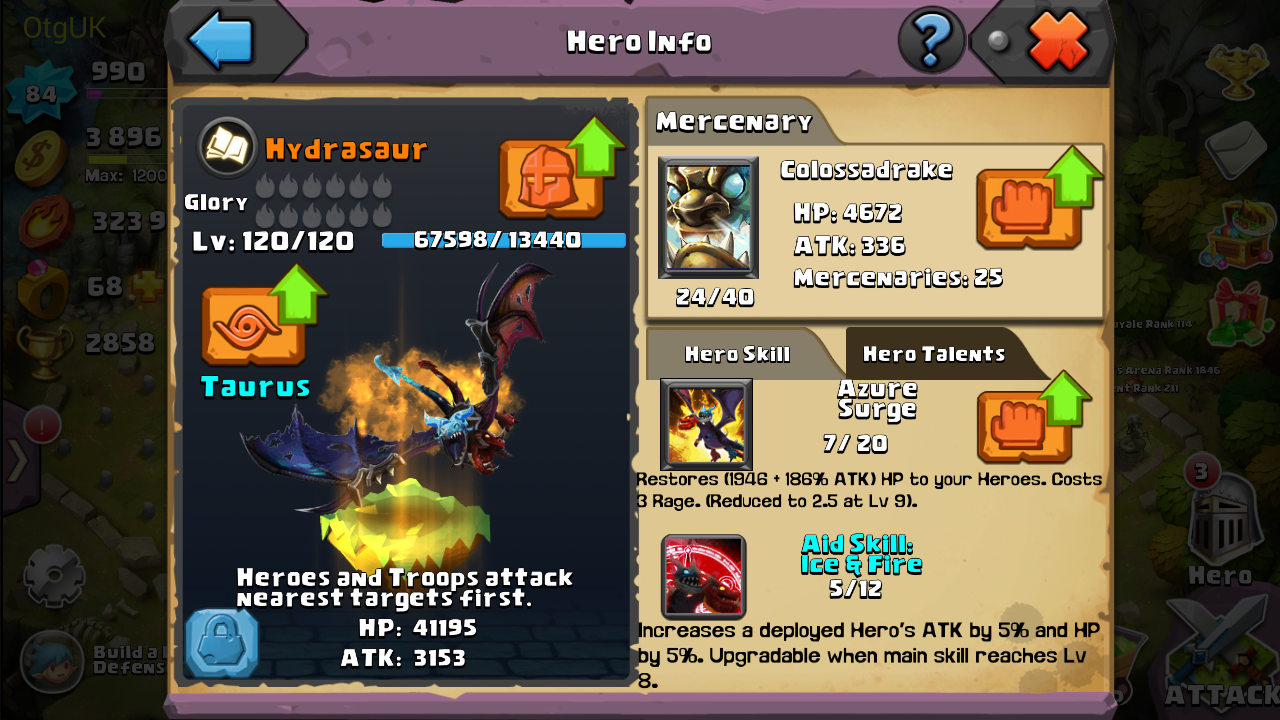 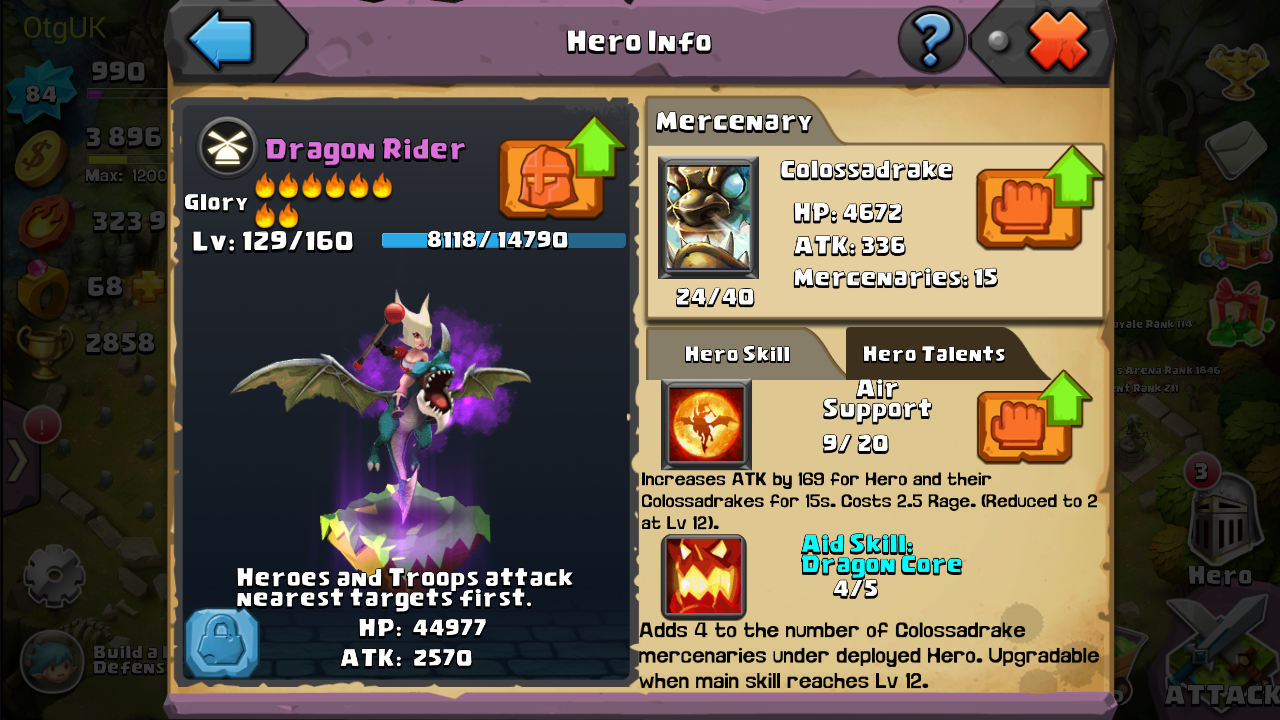 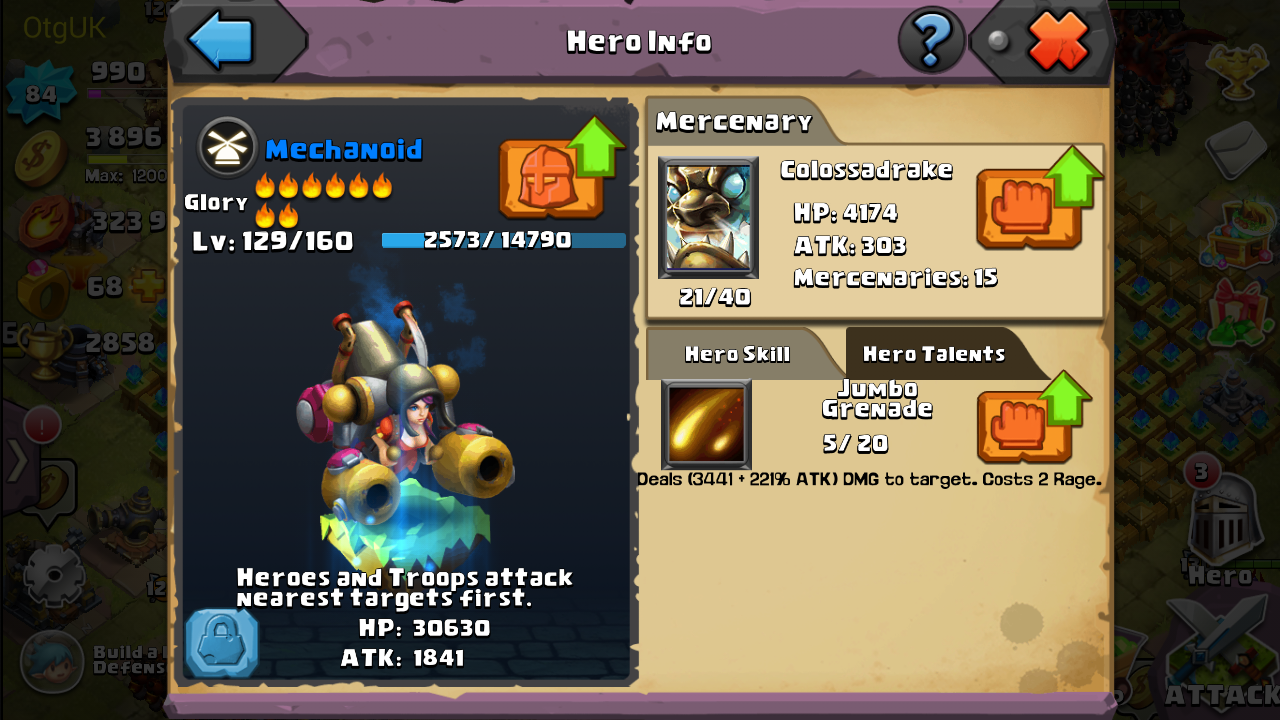 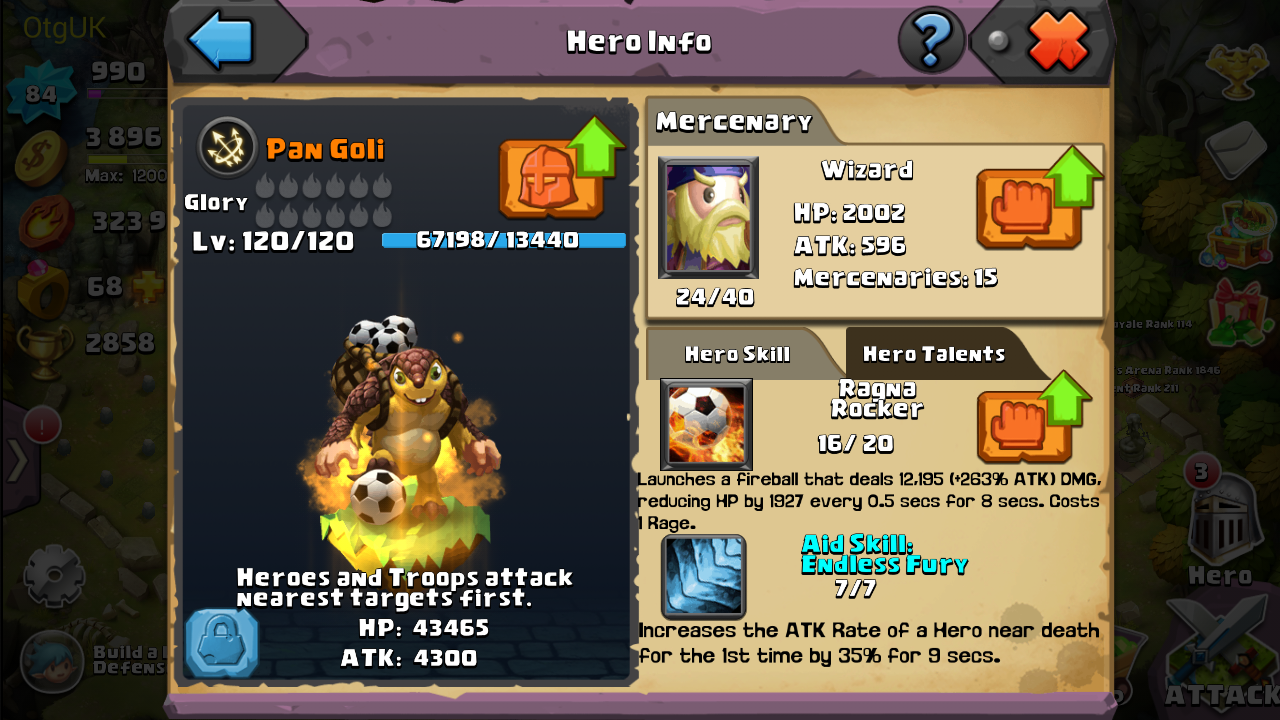 As you can see I have 2800/2900 trophies, so airborne not doing to badly. PG has taken all the rings (well some went to AD and PDR's evolve), that is why DragonRaider is not as high up as planned.

I will stress this is my Lords League/Campaign Clash line up. 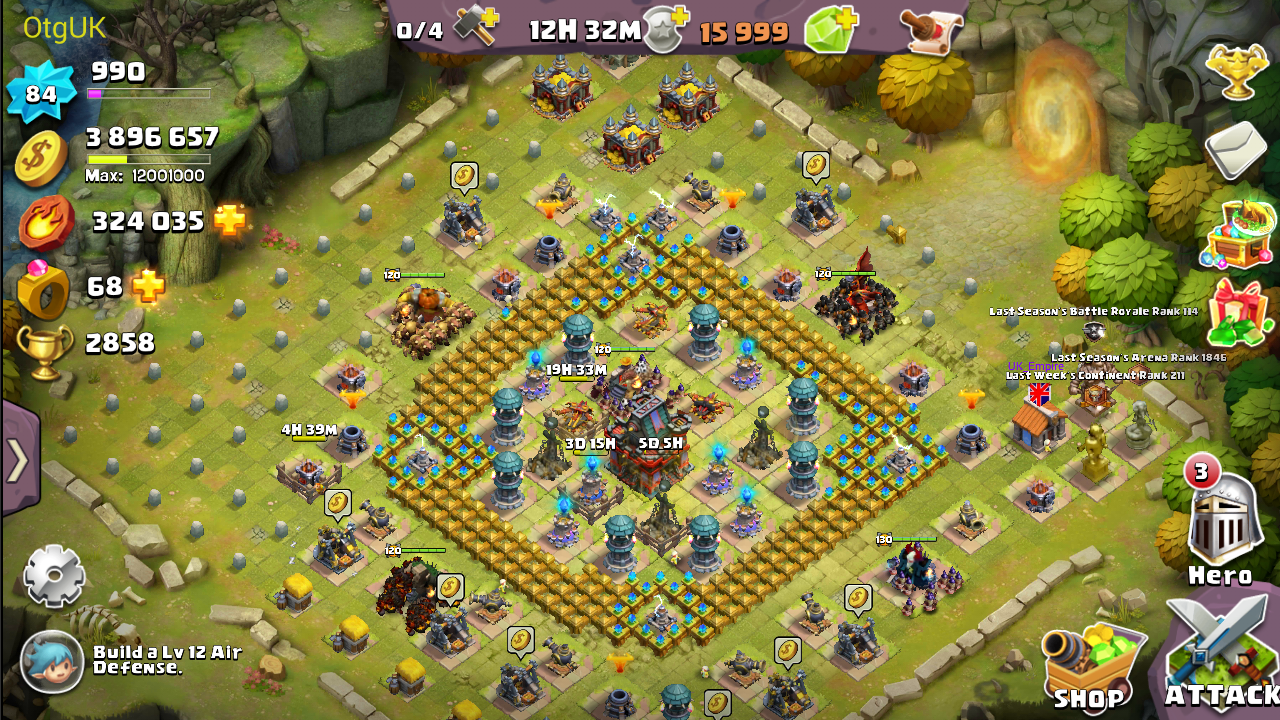 The Airborne Unit is just fine thank you