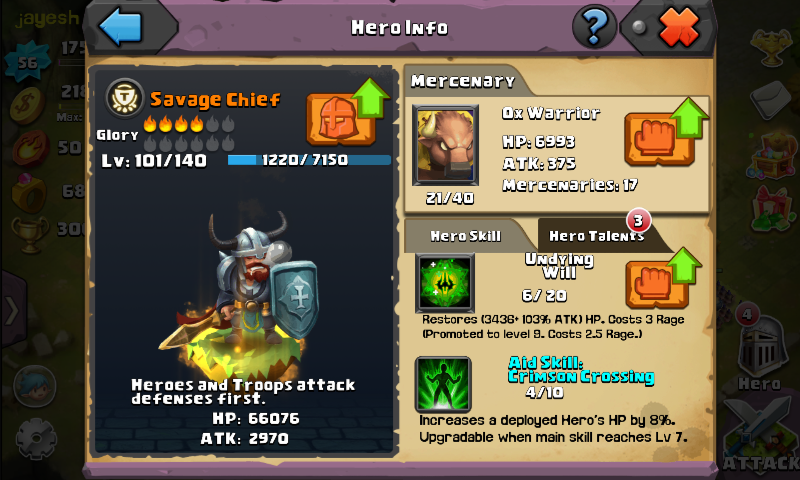 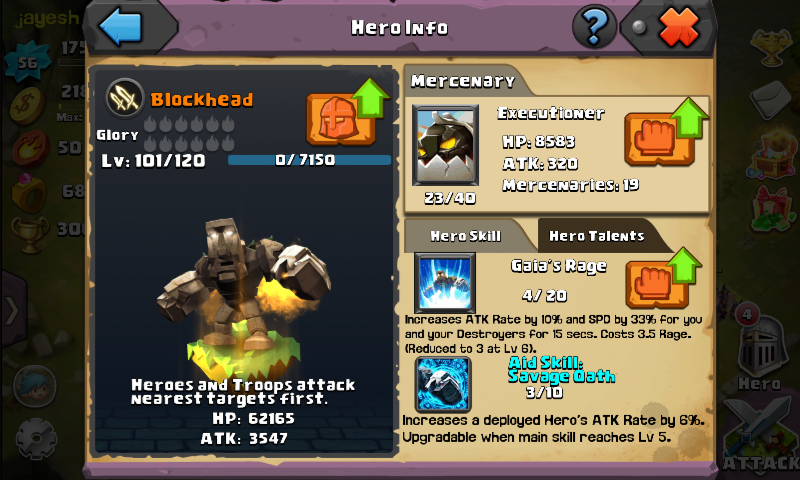 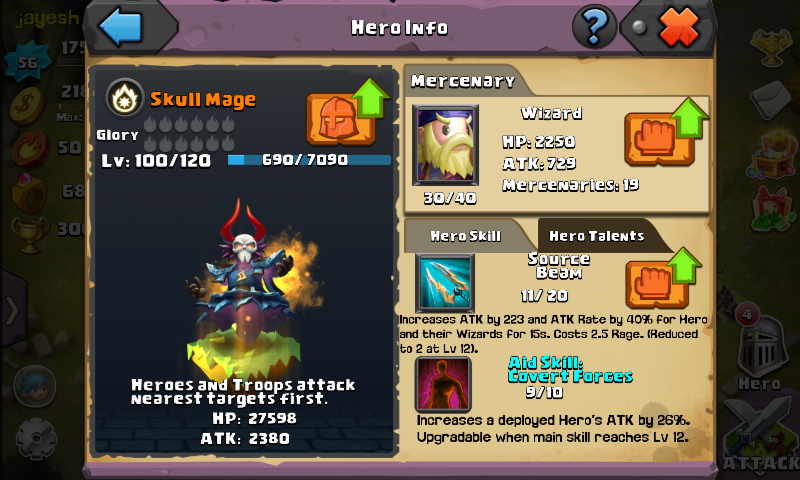 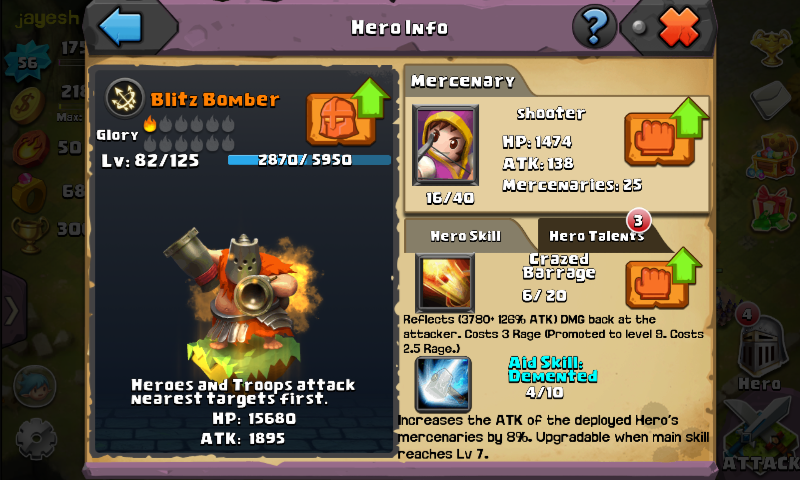 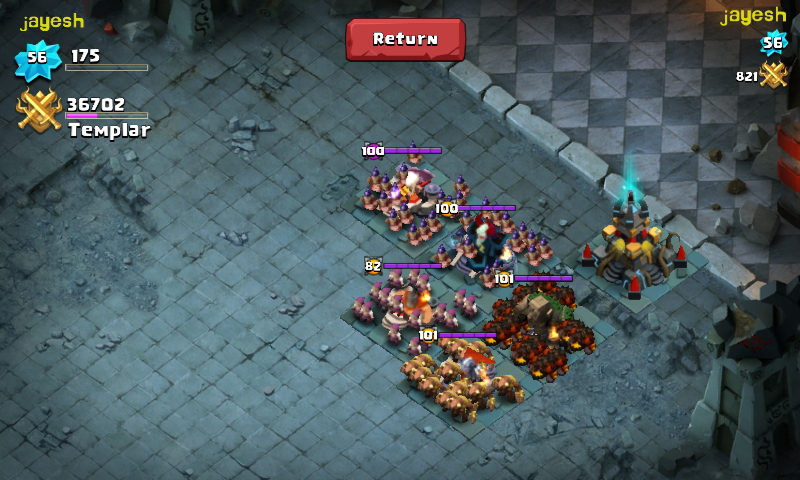 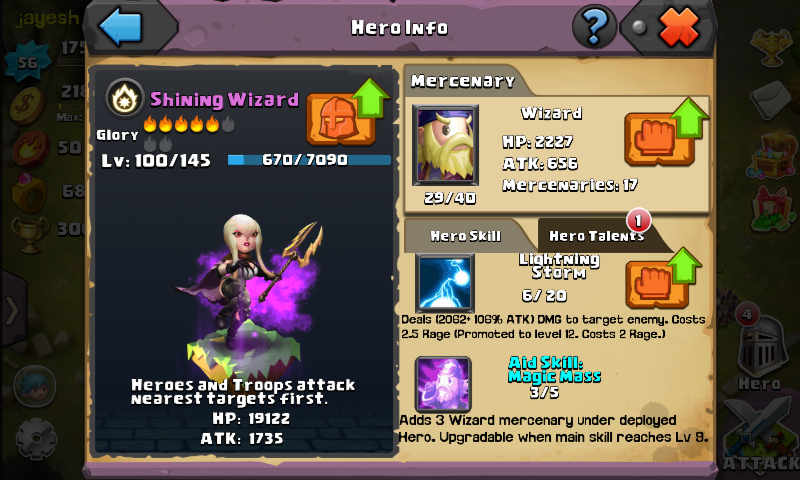 .               ARENA TEAM SETUP
so many players get confused, abt which heroes they should keep for arena.. So this is small guide m making to help those players and new players.,  I wont talk do much.. I will dirctly start my guide..

SO the first thing you have to keep in your mind is, you must have 2 or 3 ground type heroes and 2 or 3 long range shooters.. Its up to you..

I have 2 tanks and 3 long range shooter heroes..
my first tank is savege cheif.

his HP Is good, and in aerena he does the great job to stop other heroes,. His have ox warriors.. Ox warriors have high Hp so they stop other mercenary and give max,time to wizards and sharpshooter to attack..

my second tank is blockhead,, he is one of the best hero in epic..
his attack is so high compare to other heroes.. Hi have executioner mercenary.. So they are same like ox warriors.. But executioner works great with dark raiders spcl skill.. Which increases there attack..

he so awesome hero and my fav.. Bcoz he have wizards.. Wizards are so strong mercenary.. And with skills spcl power they become so powerful, that they can kill any lvl100 hero in some shoots.,

shining wizard
you must be wondering y I hv kept shining wizard, she have wizard.. And the good thing she can protect himself by his spcl skill..


blitz bomber
actually blitz bomber is good hero., I hv kept hi. Bcoz of its spcl power.. I dont have pan goli yet,,

if I get pan goli.. I will replace it with blitz..

at last placement of heroes in arena


you should keep your tanks in front and range shooters behind them... And never keep your hero arena in front if you are using chances in arena.. This was my guide I hope it will help new players..

Sure I will add it..

Yup,. Your guide is good.. You r using android.. On windows I can do only this much..

Yup,. Your guide is good.. You r using android.. On windows I can do only this much..

Are you playing Clash of Lords 2 yet? It's incredible! Play with me and use my code when you get started: 174 297 660! https://play.google.com/store/apps/details?id=com.igg.clashoflords2

I've been playing this game in approx 1 hour now (just downloaded it).
After 12-15 minutes of game playing, I rolled a Skull Mage and Hydrasaur.
Is it good heroes? The background color was "gold-ish" so I thought it meant rare or something..idk?

KlanKings Rated on 11/24/14 5:09:16 AM
your question is in the wrong section, it is considered wrong ... Please remove it if possible, and write here - http://us.forum.igg.com/forum.php?mod=forumdisplay&fid=342