Someone can explain the difference between the Hero damage and attack damage please? 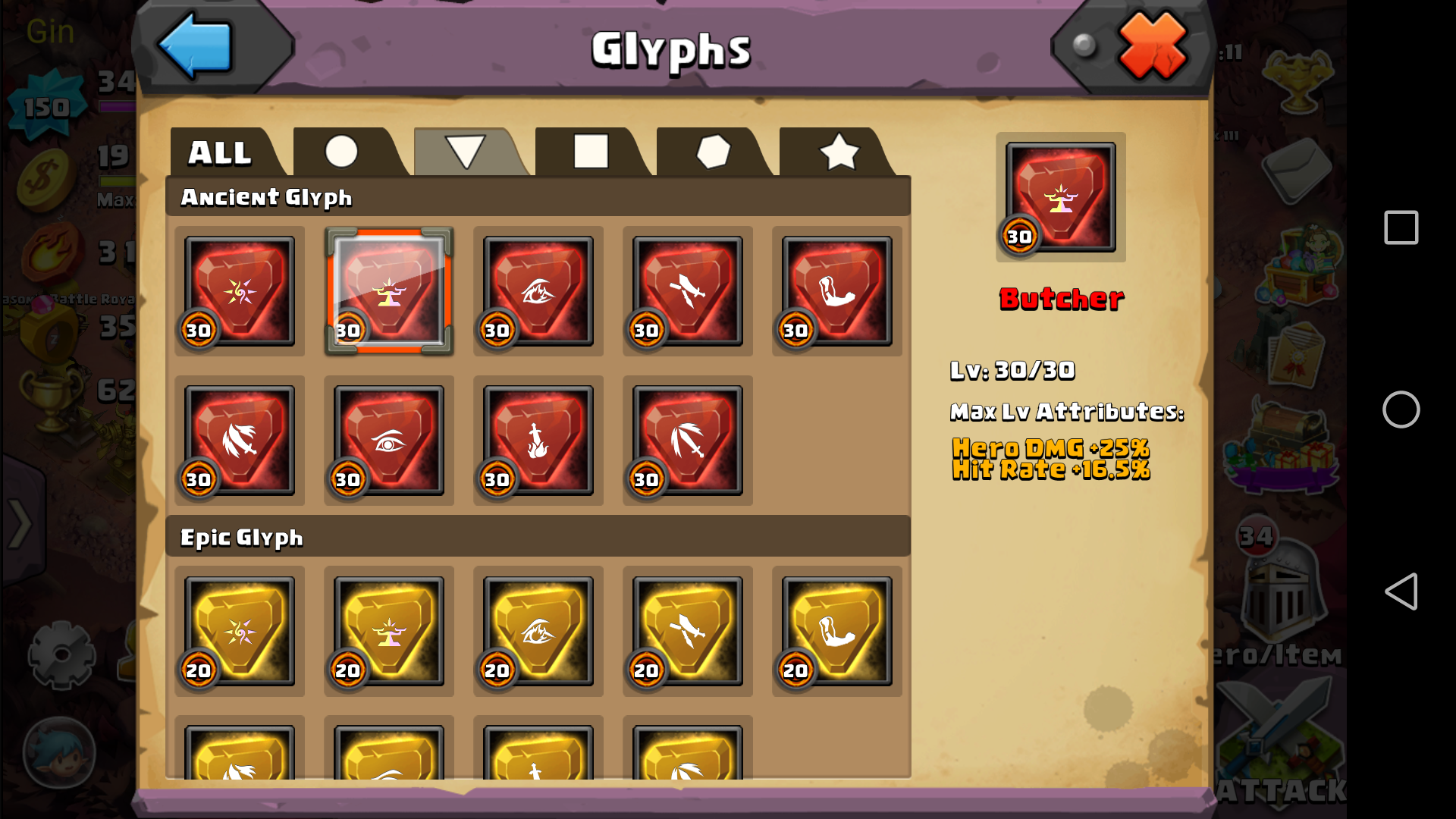 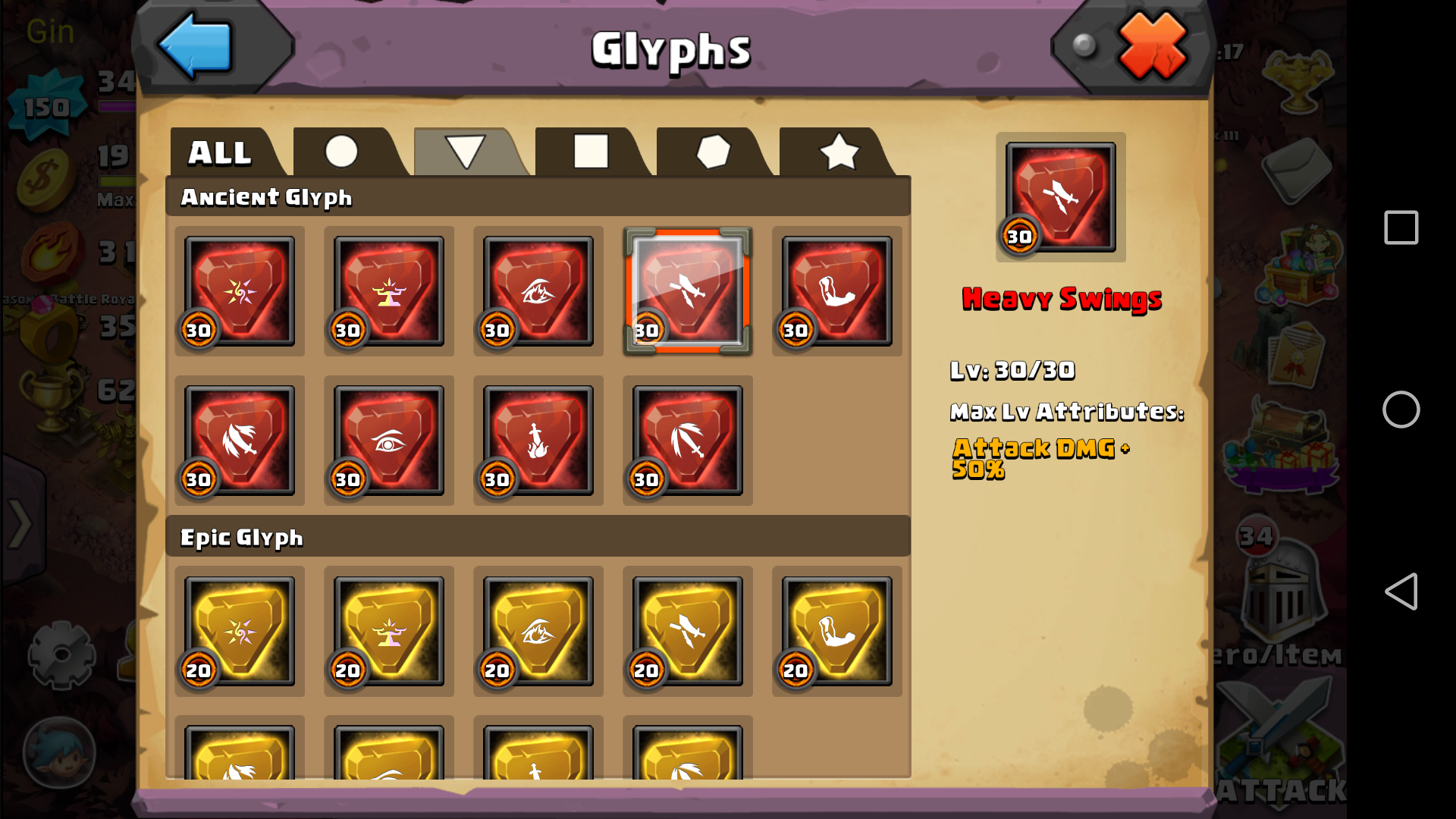 While not an expert and I could be wrong, I think "attack damage" refers to damage from auto attack only. I think "hero damage" includes damage from all sources produced by the hero including skill damage, divine and attack damage.

You should note that this means any increases in %DMG are much more significant than the same percentage increases for ATK, since ATK buffs are only increasing the base ATK, whereas DMG buffs are increasing the final ATK value.
Rate Delete Ratings

I agree with this explanation of base attack and multipliers to base attack.  It is also one of the reasons why I prefer Blessed Weapons as a Talent.  But, I am not sure that is the same as the phrase 'attack damage" as in the glyph described above.

It is all too true that IGG leaves a lot to be desired when it comes to descriptions of their effects in game.  They are often very unclear.

My concern is that IGG uses the Talent called "Battle Fever" to do exactly what I think you describe in your description of base attack.  Battle Fever says:  "Increases Hero ATK by 8%".  We all know that they mean an increase to "base attack."

So, because they already have wording that they could have used and did not, I would think they could mean something else when they say "Attack Damage +50%".  If they meant it to be an increase to base attack why not use "Increases Hero ATK by 50%".

Now "Blessed Weapons"  does say "Increases Hero DMG by 8%" and that is the same function of the top part of the "Butcher" glyph which uses the phrase "Hero DMG +25%".  They did not use the same language as before which might suggest a change in wording to a bunch of glyphs with wording describing similar functionality already in game.

So, you very well could be right.  I have not tested the glyph at all.  I do not know anyone who has.  But, maybe it would be worth trying to figure out by someone more motivated than me.

As an edit, I looked at other glyphs like Riposte which deals with damage reflect.  They seem to allow for two different damage reflect possibilities:  Attack DMG Reflect and Skill DMG Reflect.  This supports my original theory that Attack DMG is auto attack.   Skill DMG probably includes divine and active skill damage.  So, absent testing to the contrary, I think that the glyph in question using the words "Attack Damage +50%" boosts auto attack and not all attacks using base attack.