I come here to make a complaint as a spokesperson for the Android-BR server.

We are absurdly dissatisfied with the work of our server support, just to point it out TODAY (2017-06-06) once again we contact support through the tickets informed by the game and we never have a satisfactory answer. We only receive in response something automatic like "we are analyzing".

The bug found today was in a long awaited event for all members of the server the "vault event" (spend version). This dissatisfaction with the support team brings a huge loss to all server players, so no one thinks of investing their time and money in a game that does not give them a minimum of satisfaction to their players.

I have friends who have put together 1 or 2 months gathering gems to spend on an event, and then know that it is bugged, and again the support team instead of at least letting them know that they will extend the event or even solve the problem, simply some time Then give us 300 gems as if this is paying the discomfort of not being able to even trust the team of the game of which we are wasting our time and money 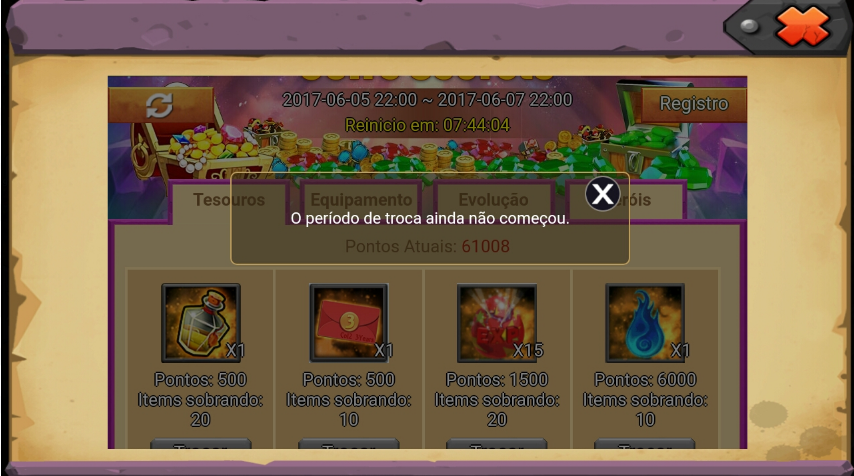 This is just reporting this fact, but translation errors are very disturbing and the gameplay of novice players. The price of the gems for most Brazilians is out of the question and many other things we complain about each other, but we would like someone responsible seeing this situation, I know that prices are not up to us to choose to change, but at least the support of the game I have Sure the igg team could help a lot

I am particularly able to pay all monthly packages that cost a total of approximately R$120.00. But that amounts to 10% of the monthly salary of any salaried worker. This leads to the understanding that less than 1% of players buy gems monthly. Many stopped playing on account that the server is less and less fun to play, because the last evolution that helped to evolve the beginning players were the essences. After that it was the square battle but again this did not attract more players and yes it was a revolt in all the other servers. So we would like a more attentive staff, I do not think this is asking too much, just being heard instead of talking to a machine that only responds "we are solving"

I spend more 61k of gems and the event dont trade advise "The time of trade dont Begin", but this event started at 22:00.  Please fix it.

Bruxque Rated on 6/6/17 12:13:02 PM
Please sort out this wind before it ends and extend your term so that everyone can use it, as many have saved jewelry and some have bought jewelry to spend inside the game in order to get items and heroes in that event, thank you and look forward to the solution of that Huge inconvenience

I subscribe below. Shame on IGG. People spent thousands of gems in this event and now it's bugged?!?? Wtf are you gonna do about it?? I'm considering quitting this game cause the game support it's terrible they never fix anything just sent auto generated messages when you send a ticket!?!  Should be as good as the English version but it's not. I'm rating 1 star on Google play store also just cause I can't rate 0 stars. Have a nice day. 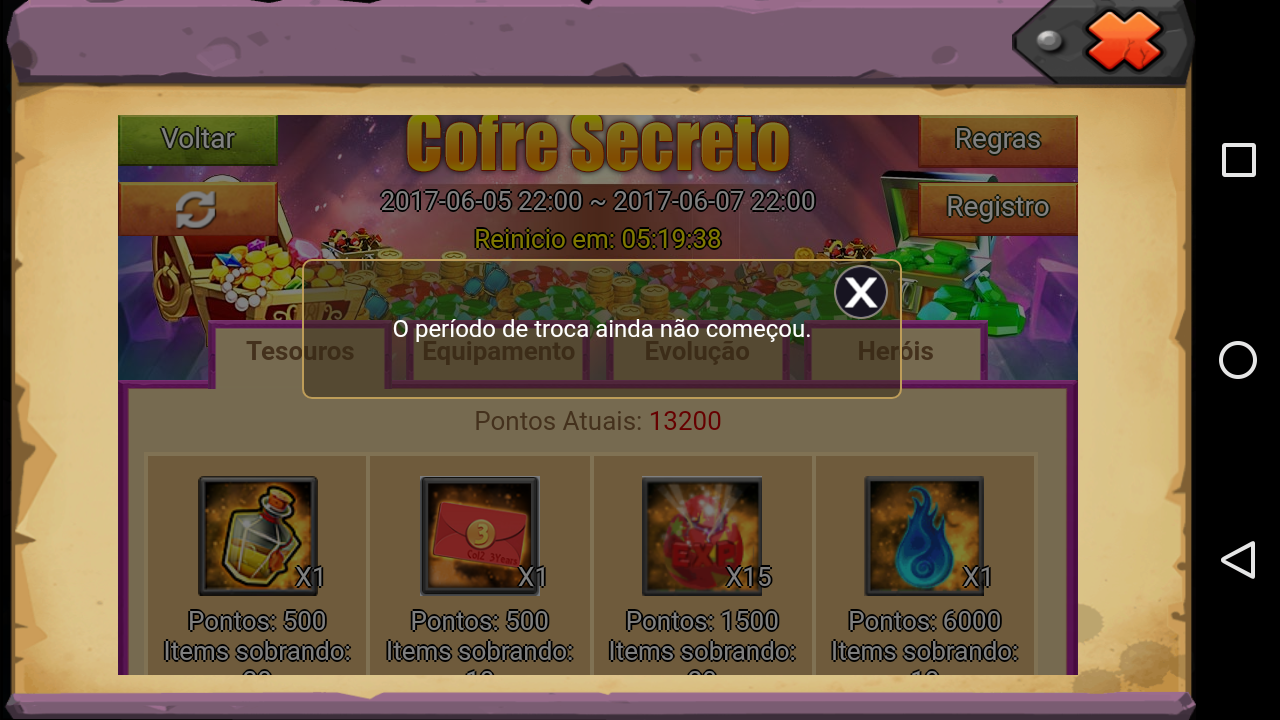 Welcome to the "igg neglect".

Ridiculous support, igg does not care for mistakes or problems, igg is mercenary.
It is not today that the services are rotten.
Should boycott with all servants, perhaps so, igg come improve their services or goes bankrupt.

I am not quite sure where this sudden outlash is coming from. The Secret Vault event, which is what is described in this thread, is known to have only a limited amount of items in it. So if you're too late with getting the item you want, you're in bad luck.

If this is not what everyone meant with Bugged, then please enlighten me about this problem and we'll see if we can sort it out. Just don't raise your anger meter above unneccessary levels. The original poster is doing a great job at that so far.

I'm looking forward to the replies!

looks like the event ended early?   he had 60k points and couldnt spend them or something it looks.


same thing happened to me during that ravager magic card thing.  event stopped giving points one hour before the event ends so I wound up not being able to roll the rare card.

Live support said points u get are random, and that was that.  Getting 0 is not random lol, it was broken, since 3* LL , ht, nothing gave me any points with 1 hour remaining in the vent.

GClash Rated on 6/8/17 6:06:47 PM
@crazy, sadly before such a downfall they will have made a lot of cash from misleading their customers. Poorly worded events is a staple with IGG - the issue goes back 2 years ago ( or longer ) - very sad but also very true. So in the last year and a half they started adding "IGG reserves the right to final interpretation" etc thingy