I don't know if these guys dropped trophies and I'm their target but of course I'm gonna lose to level 190 heroes. I feel as though that shouldn't even happen considering people work for forever to get a strong base and strong heroes just to lose to a cheating higher level just because they want to make a quick buck. 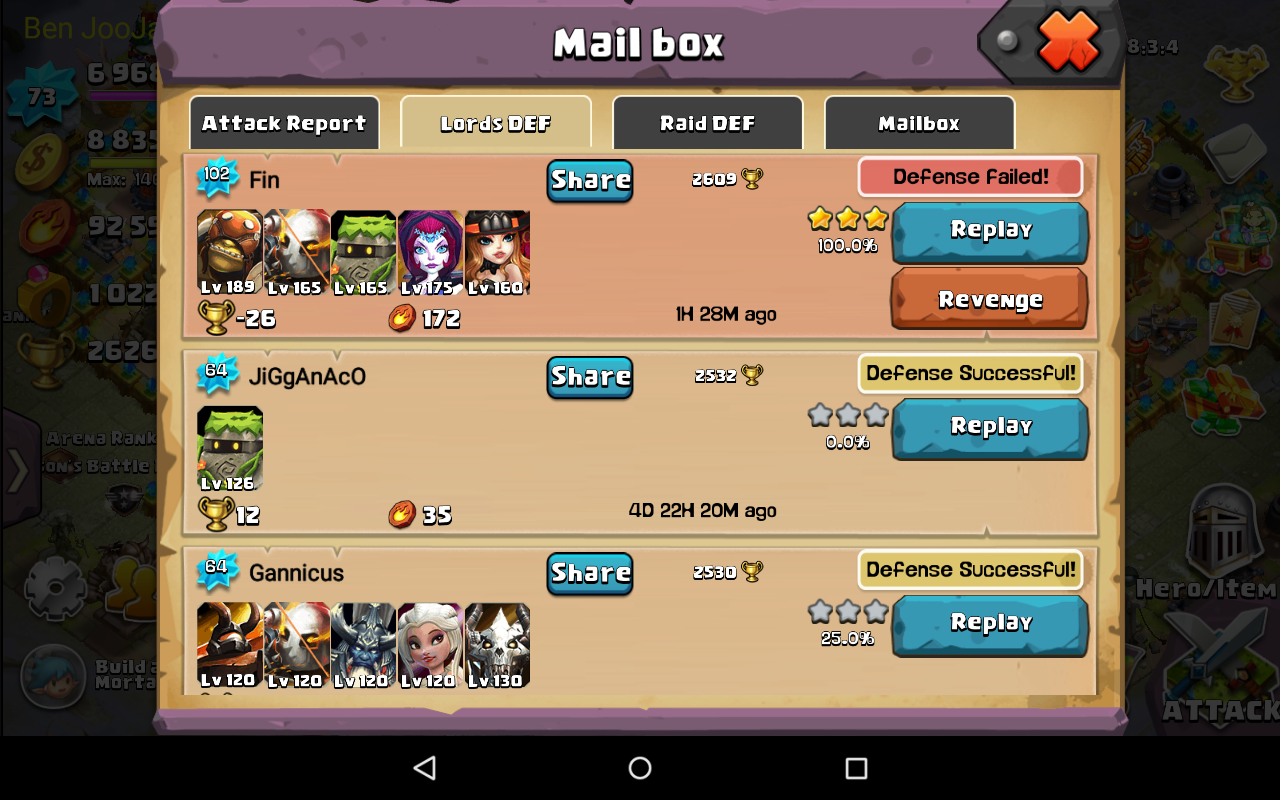 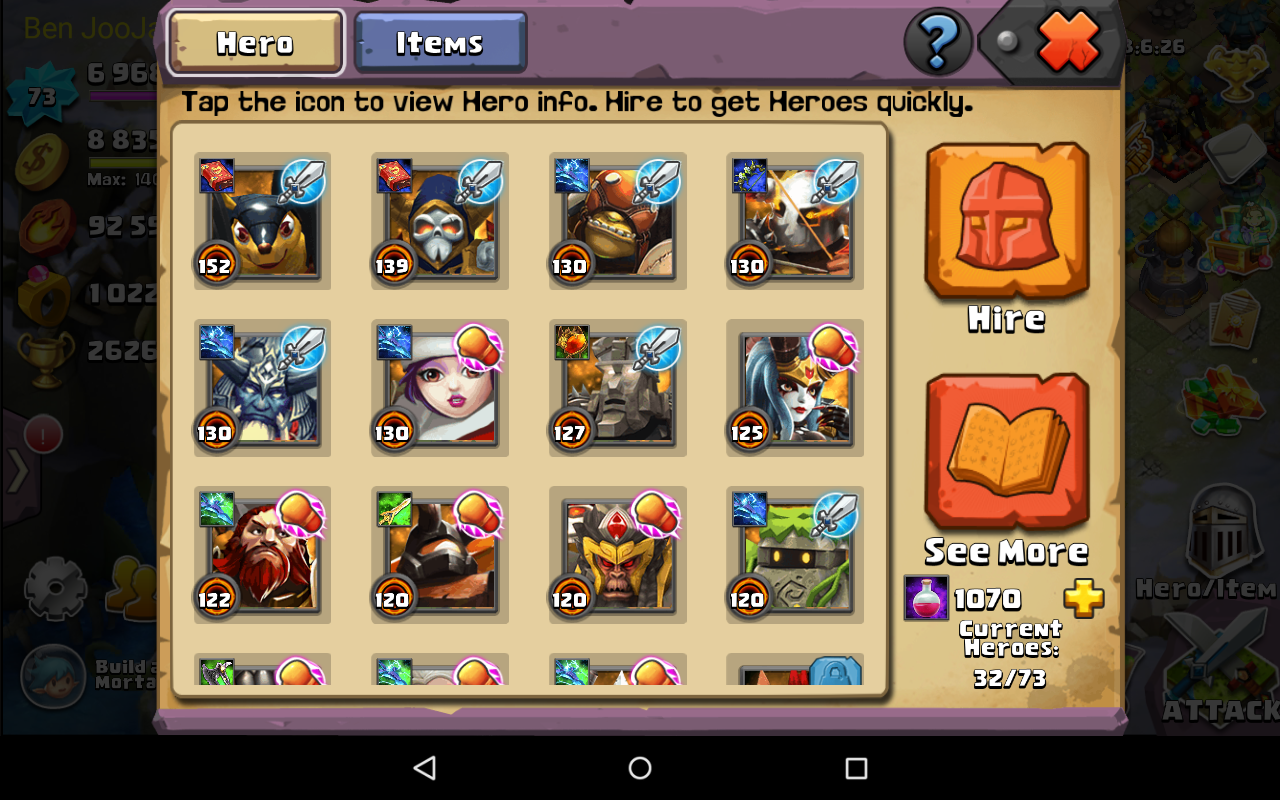 Other than the fact that there are no 190 heros in your log, the only thing you are missing here is that those are lords league battles. You dont lose resources in lords league only trophies. Your raid defense log will show who is taking your loot. In my experience those are much more imbalanced than LL.

That was my issue, compared to that guy's heroes, my hero levels sucked.

I don't really care about resource raids because gold is literally given out on a silver platter. with the autoraiding and chests.

Losing that badly in LL to unfair matchups sucks because how difficult it is to loot trophies.

Other players do intentionally drop trophies so that they can get more 3 star victories. This is generally an effort to farm mutagen. They leave their base undefended when GC is not in sessions so that they will lose intentionally and then spend a few LL tries to lose intentionally. By GC start they stack their base again and start doing LL.
While I think leaving your base undefended can help in the mutagen farming, purposely losing an attack is counterproductive.

Just remember ben, the more people that attack you, whether they win or lose, the more souls you get. You want people to attack you. At a higher trophy rank you might earn 15+ souls per hour but if you're not getting attacked every hour then you're missing out. If you're sitting around 10 souls/hour rank you might get attacked every hour and end up with a thousand souls per day.

I retract my statement, how is the same guy able to steal ~60 trophies of mine within a day? 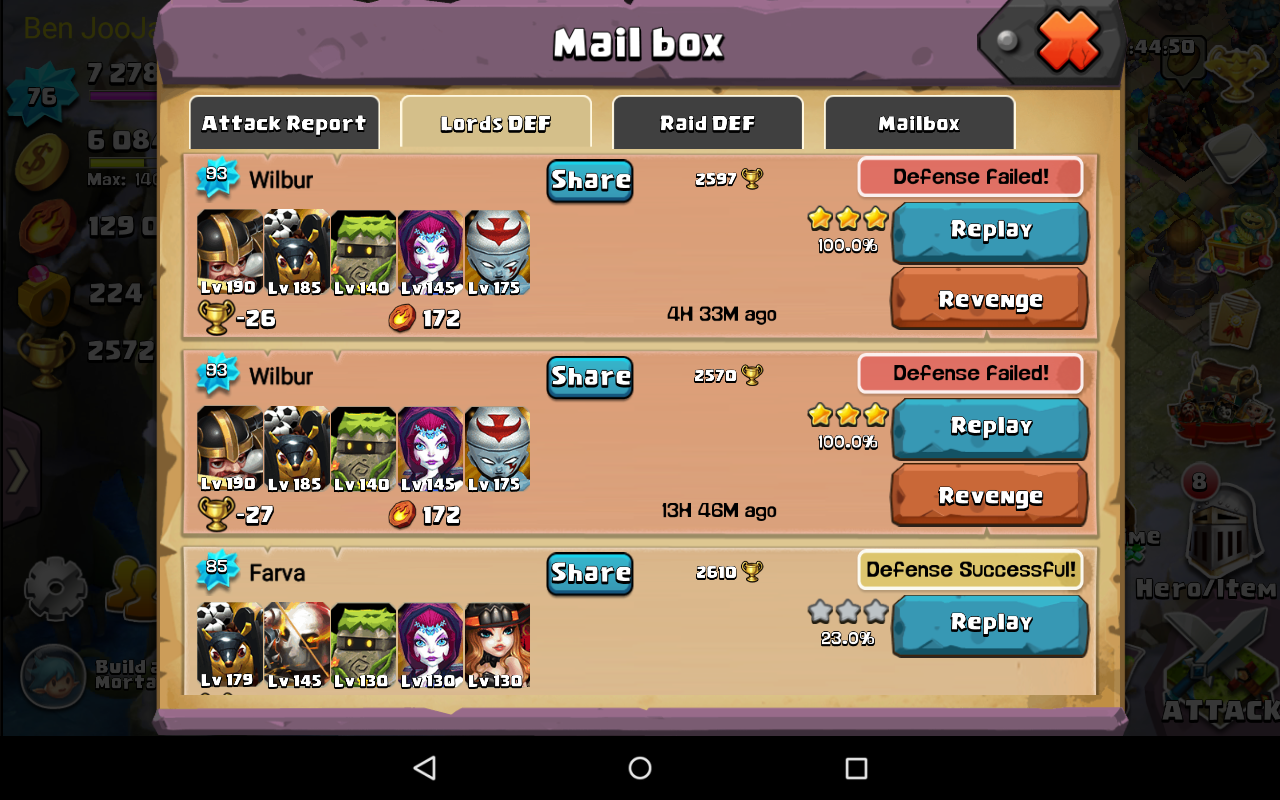 Yup, that's my main issue with this game. I have to spend coins to change my opponents. Almost every battle I will end up surrendering

Dragoneyr Rated on 10/26/16 6:28:59 PM
If it's lords league, then it means that you reached the high end of your hero strength and need to get better heroes and hero aids. Until then, you can't move up, only down from people attacking your base, which is actually a good thing considering you get free down-trophies so that you can get more 3 star victories